This April we will have a very special CineCiutatNins, as we recover one of the great jewels of Norwegian animation cinema: Grand Prix a la muntanya dels invents.

Flåklypa Grand Prix is a Norwegian stop-motion animation (and live filming) feature film directed by Ivo Caprino. It was released in 1975 and is based on the characters in a series of books by Norwegian cartoonist and writer Kjell Aukrust. It is the most watched Norwegian film of all time.

In the village of Flåklypa, inventor Reodor Felgen lives with his friends: Ludvig (a nervous, pessimistic and melancholic porcupine) and Solan (a cheerful and optimistic bird). Reodor works as a bicycle repairman, although he spends most of his time inventing Rube Goldberg-style mechanisms. One day, they discover that one of Reodor's former assistants, Rudolph Blodstrupmoen, has stolen his design for a racing engine.

The projections will be the following:

The projection will be in catalonian.

Tickets will cost € 4 and you can book them at the following link. 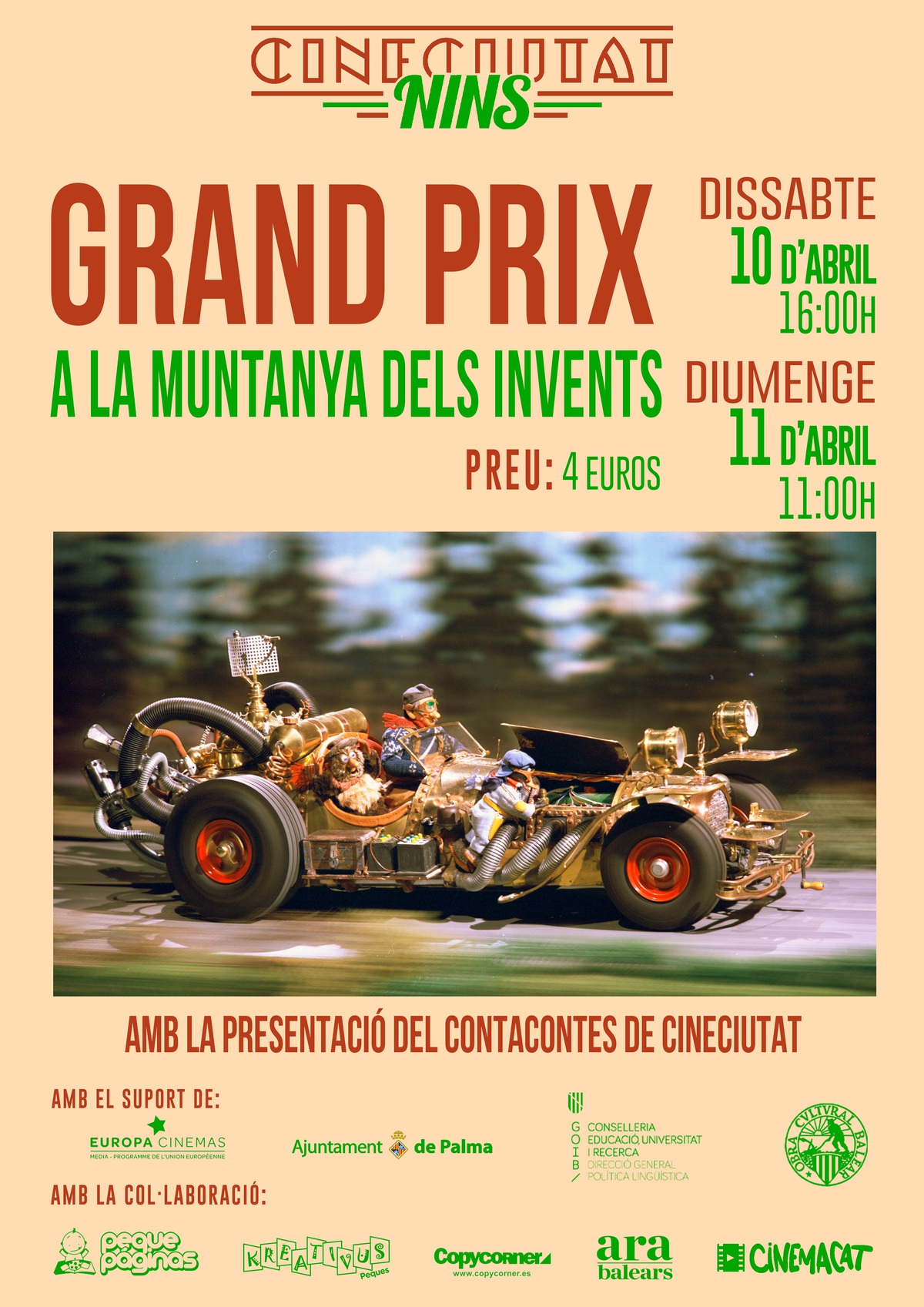